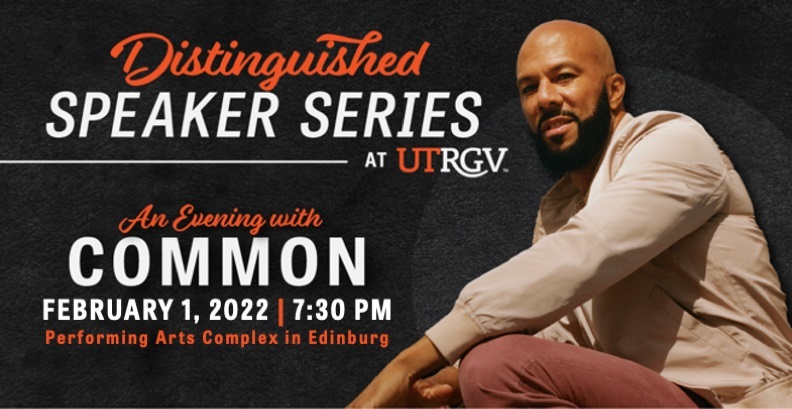 The Distinguished Speaker Series is proud to announce Academy Award, Golden Globe, Emmy and Grammy-winning artist, actor, and activist, Common as the second speaker for the 2021 - 2022 academic year.

Common will be at The University of Texas Rio Grande Valley Performing Arts Center in Edinburg on Tuesday, February 1, 2022.

The Distinguished Speaker Series (DSS) is a signature program under the leadership of Student Activities, that aims to provide the university and surrounding community with world-class speakers and lecturers. DSS hosts public events with priority seating for UTRGV students, faculty, and staff.

The views expressed by presenters are their own and their appearance in a program does not imply an endorsement of them or any entity they represent. Reference to any specific product or entity does not constitute an endorsement or recommendation by University of Texas Rio Grande Valley.