Event will begin in 6 days and 4 hours 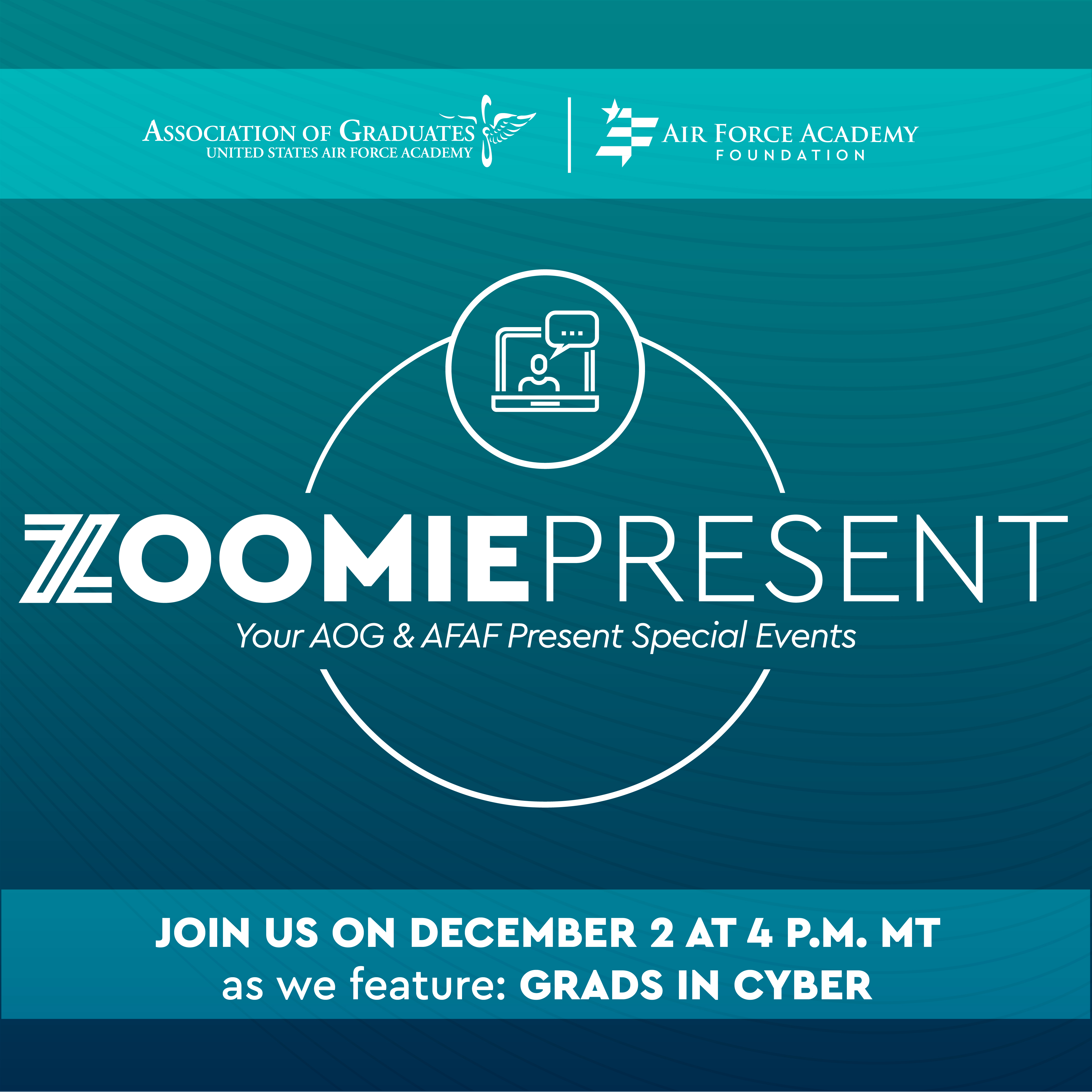 Interested in hearing what the USAFA graduate community is currently accomplishing in the cyber industry? Join us on Dec. 2 as the Association of Graduates and the Air Force Academy Foundations hosts the interactive virtual panel, Grads in Cyber. The panelists will discuss their experiences within the Cyber industry and share their thoughts on the future of the industry within the Air Force and the civilian world.

Cadet Dalton is this year’s Cadet Cyber Team Cadet-In-Charge and is a double major, Computer Science and Cyber Science, with a Chinese minor.  Cadet Dalton is a member of Cadet Squadron 13 and likes to relax and hang out with friends during her free time.  Jodi will be attending Air Force Institute of Technology (AFIT) after graduation to receiver her Masters Degree and plans to be a Cyber Warfare Operations Officer.

Capt Katherine “TOAD” Lawall is an Instructor of Computer Science at the U.S. Air Force Academy. At her previous assignment, Capt Lawall planned and executed cyberspace operations as a flight commander and cyber attack operator. As a cyber attack operator, Capt Lawall conducted over 1600 hours of operations in adversary networks, acquiring key cyber terrain and thereby presented non-kinetic effect options to two combatant commanders. As one of only twelve offensive operator trainers, Capt Lawall instructed and evaluated 26 joint operators on over 400 tactics, techniques, and procedures. Capt Lawall graduated with honors from the U.S. Air Force Academy in 2012 and most recently graduated from the Cyber Warfare Operations Weapons Instructor Course as a Distinguished Graduate.

Maj. Cross is a Cyber Warfare Officer in the Air Force and is currently serving as a Deputy Chief of the Air Force Sensitive Activities Office in Washington D.C.  He received his Bachelor of Science degree in Computer Science with Information Warfare Concentration from the U.S. Air Force Academy in 2006. Maj. Cross continued his education at the University of the Pacific and received a Masters in Information Systems Management. Maj Cross is a Certified Information Systems Security Professional.

Matt is currently a reservist at Hurlburt Field, FL as a Cyberspace Operations instructor.  Prior to his current assignment, Matt was an intel officer and eventually cross-trainned to become a Cyber Warfare officer.  His assignments include Hurlburt Field, FL, where he deployed several times in support of Special Operations, was a Cyber Liason Officer in the U.K., conducted targeting at Offutt AFB, NE and deployed a few more times and eventually became a reservist stationed at USCYBERCOM and the Cyber National Mission Force. Matt Kennedy graduated from the U.S. Air Force Academy in 2008 with a degree in Social Sciences.