Author Talk with Dean Jobb of The Case of the Murderous Dr. Cream

Event will begin in 59 days and 2 hours 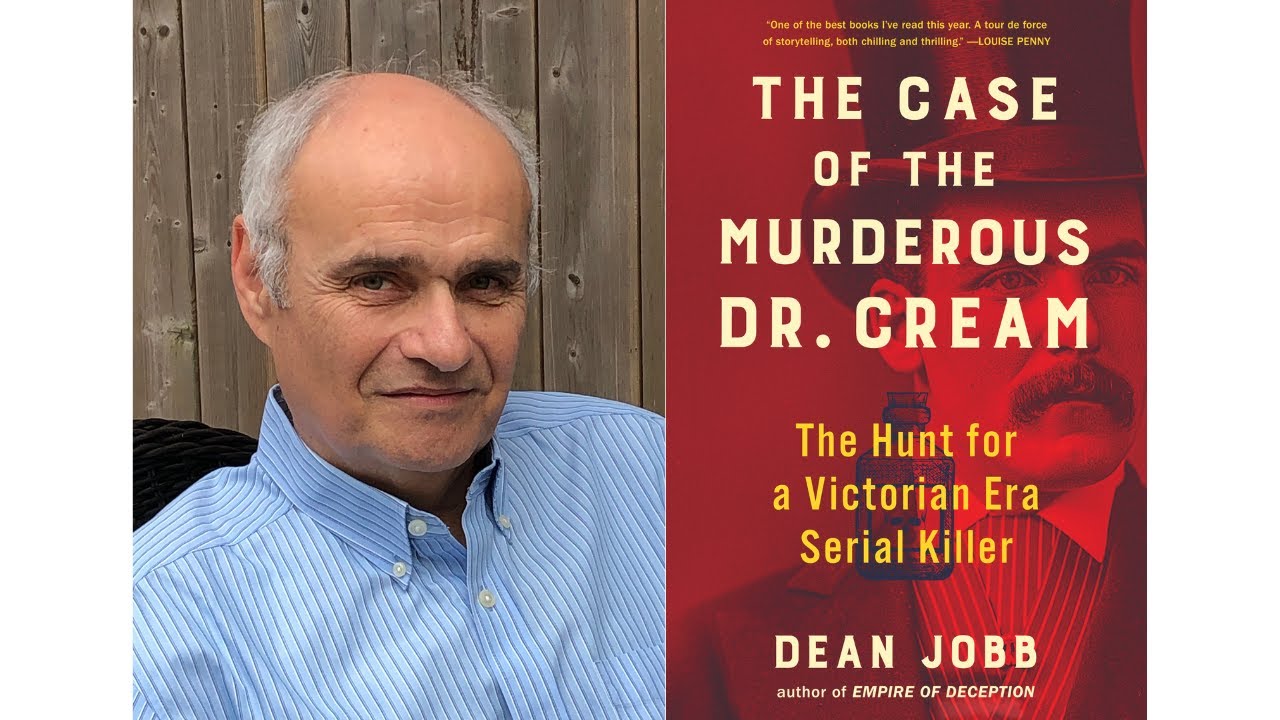 The Case of the Murderous Dr. Cream tells the story of Dr. Thomas Neill Cream, who murdered as many as ten people in the United States, Britain, and Canada during the Victorian era. Largely forgotten today, this villain was as brazen as the notorious Jack the Ripper. Structured around the doctor’s London murder trial in 1892, when he was finally brought to justice, The Case of the Murderous Dr. Cream exposes the blind trust given to medical practitioners, as well as the flawed detection methods, bungled investigations, corrupt officials, and stifling morality of Victorian society that allowed Dr. Cream to prey on vulnerable and desperate women, many of whom had turned to him for medical help. Dean Jobb transports readers to the late nineteenth century as Scotland Yard traces Dr. Cream’s life through Canada and Chicago and finally to London, where new investigative tools called forensics were just coming into use, even as most police departments still scoffed at using science to solve crimes. But then, most investigators could hardly imagine that serial killers existed—the term was unknown. As the Chicago Tribune wrote, Dr. Cream’s crimes marked the emergence of a new breed of killer: one who operated without motive or remorse, who “murdered simply for the sake of murder.” For fans of Erik Larson’s The Devil in the White City, all things Sherlock Holmes, or the podcast My Favorite Murder, The Case of the Murderous Dr. Cream is an unforgettable true crime story from a master of the genre.

Dean Jobb is an award-winning author and journalist and a professor at the University of King’s College in Halifax, Nova Scotia, where he teaches in the Master of Fine Arts in Creative Nonfiction program. He is the author of eight previous books, including Empire of Deception, which the New York Times Book Review called “intoxicating and impressively researched” and the Chicago Writers Association named the Nonfiction Book of the Year. Jobb has written for major newspapers and magazines, including the Chicago Tribune, Toronto’s Globe and Mail, and the Irish Times. He writes a monthly true-crime column, “Stranger Than Fiction,” for Ellery Queen’s Mystery Magazine. His work as an investigative reporter has been nominated for Canada’s National Newspaper and National Magazine awards, and Jobb is a three-time winner of Atlantic Canada’s top journalism award.