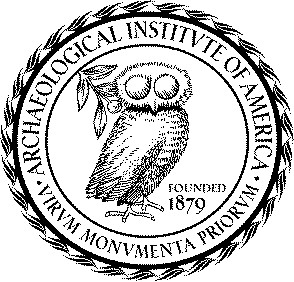 The Classic Maya (c. 250-900 CE) subsisted as agriculturalists for over 4,000 years without destroying their environment.  They accomplished this feat largely due to their inclusive, non-anthropocentric worldview where they were one with world rather than one with nature.  This worldview impacted how the Maya engaged with the environment, including sacred places.  Openings in the earth, such as caves and water bodies, are portals to the underworld where the Maya communed with gods and ancestors and prayed for rain.  Some portals demanded pilgrimages, either yearly or for specific reasons, such as during a severe drought.

Cara Blanca, Belize, is one such pilgrimage destination.  It has 25 water bodies and nearby fertile soils.  At one particular cenote (a steep-sided sinkhole filled by groundwater) over 60 meters (over 200 feet) deep, the Maya built a water temple and other ceremonial buildings, but not houses.  Nor did they plant crops—even during the period between 800 and 900 CE when multiple, prolonged droughts struck the Maya area.  Consequently, there is a minimal human footprint, even though resources are plentiful.  Flora and fauna thus flourished.  The speaker argues that this type of engagement is a type of conservation—one that we can still apply today.

Professor of Anthropology at the University of Illinois, Urbana, Lisa Lucero is a Fellow of the American Association for the Advancement of Science. She holds a B.A. in anthropology from Colorado State University and both M.A. and PhD. in archaeology from the University of California, Los Angeles.  Her interests focus on ritual and power, water management, the impact of climate change on society, sustainability in tropical regions, and the Classic Maya. She has been working in Belize for 30 years and has authored seven books and an array of articles and book chapters. Using insights from traditional Maya knowledge to promote tropical sustainability, she works with UNESCO Mexico and colleagues in Southeast Asia.

The views expressed by presenters are their own and their appearance in a program does not imply an endorsement of them or any entity they represent. Reference to any specific product or entity does not constitute an endorsement or recommendation by Rockford University.