Event will begin in 7 days and 20 hours 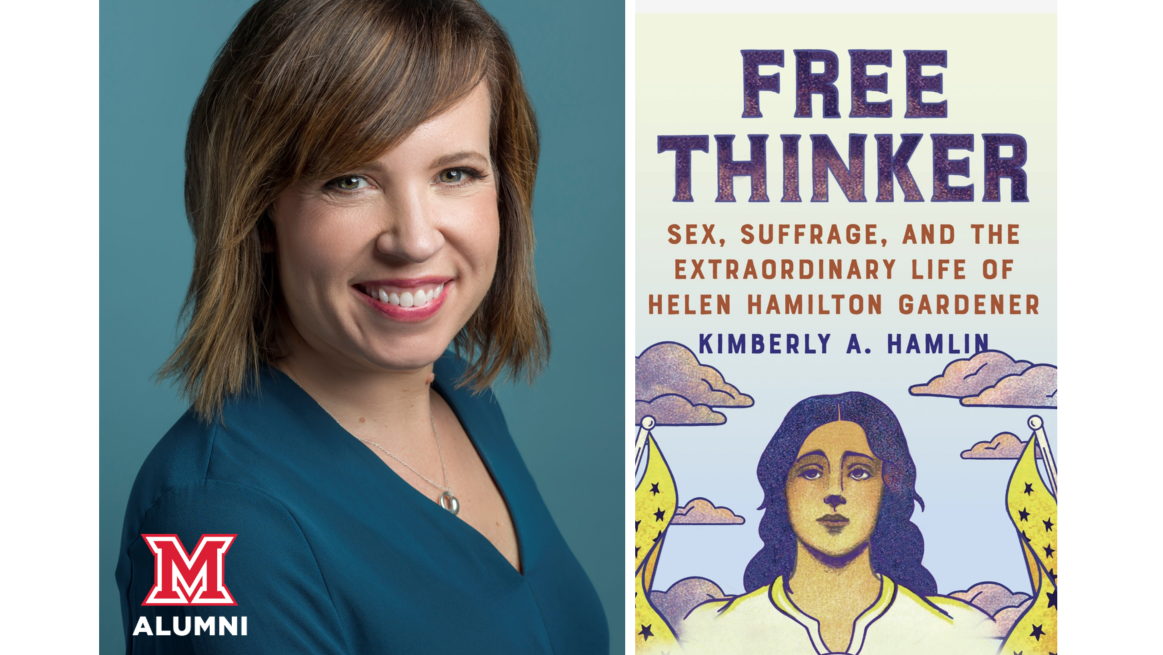 Miami alumni and friends are invited to join us for a special presentation on the 100th anniversary of the ratification of the 19th amendment granting women the right to vote. Dr. Kimberly Hamlin, Associate Professor of History and Global and Intercultural Studies, will share the story of her biography, "Free Thinker: Sex, Suffrage, and the Extraordinary Life of Helen Hamilton Gardener." Exposed in Ohio newspapers for an affair with a married man, Alice Chenoweth refused to cower in shame. Instead she changed her name to Helen Hamilton Gardener, moved to New York, and became a wildly popular lecturer and author, brazenly opposed to sexist piety and propriety. In 1910, she moved to Washington, D.C., right next-door to the Speaker of the House of Representatives, and became the suffragists’ lead negotiator in the nation’s capital. With liberal doses of feminine charm, Gardener persuaded Woodrow Wilson and other male politicians to support the Nineteenth Amendment, often drawing on her Southern heritage and marriage to a Civil War hero. Her effort, according to suffrage leader Maud Wood Park, was “the most potent factor” in its passage. In 1920, President Wilson appointed Gardener to the U.S. Civil Service Commission, making her the highest-ranking woman in federal government and a national symbol of what it meant, finally, for (white) women to be full citizens. "Free Thinker" centers both sex and race in women’s long struggle to attain the vote. Kimberly A. Hamlin, PhD is an award-winning historian, speaker, and writer. Free Thinker received support from a National Endowment for the Humanities (NEH) Public Scholar Award and the Carrie Chapman Catt Prize for Research on Women and Politics. Appointed to the Organization of American Historians Distinguished Lecturer Bureau, Hamlin speaks about the history of women, gender, and sex across the country. A regular contributor to the Washington Post, Hamlin’s research has also been featured in NPR and CBC radio, Vice, qz.com, among other outlets, and she has contributed to several PBS documentaries. Hamlin lives in Cincinnati, Ohio where she co-hosts the Mercantile Library’s “Women You Should Know” Book Series and teaches at Miami University in Oxford, Ohio.