Author Talk: Upstream: The Quest to Solve Problems Before They Happen with Dan Heath 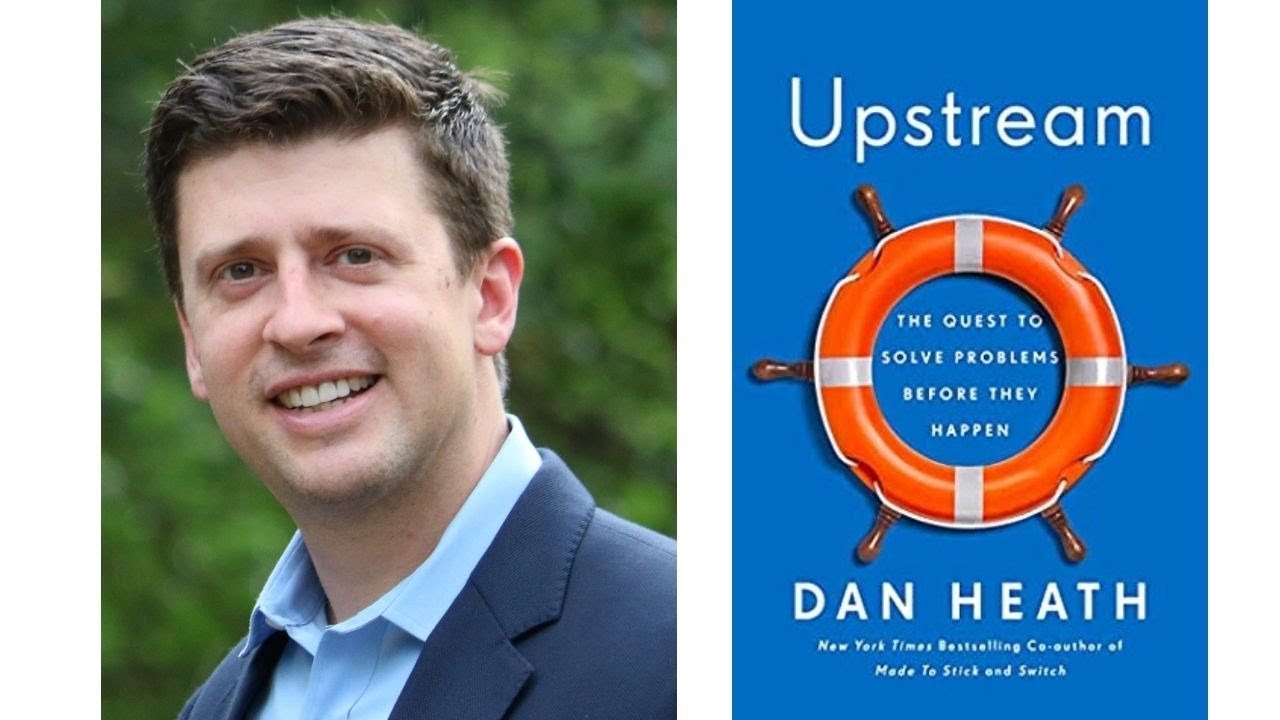 At the Request of the Author, the Recording is not available.

Upstream: The Quest to Solve Problems Before They Happen draws on insights from hundreds of interviews with unconventional problem solvers to break out of the cycle of responding instead of preventing. In this book, New York Times bestseller Dan Heath probes the psychological forces that push us downstream—including “problem blindness,” which can leave us oblivious to serious problems in our midst. Upstream delivers practical solutions to an important question: how many problems in our lives and in society are we tolerating simply because we’ve forgotten that we can fix them?

Dan Heath is the co-author, along with his brother Chip, of four long-running bestsellers: Made to Stick, Switch, Decisive, and The Power of Moments. The Heath Brothers’ books have sold over three million copies worldwide and been translated into 33 languages. Dan’s new book Upstream: The Quest to Solve Problems Before They Happen was an instant Wall Street Journal bestseller, and it was included on “best books” lists from Apple, Amazon, the Financial Times, and others.

Dan is a Senior Fellow at Duke University’s CASE center, which supports entrepreneurs who fight for social good. He is an entrepreneur himself, having founded Thinkwell, an innovative education company that next year will celebrate its 25th anniversary. Dan was named in 2013 to the Thinkers 50, a ranking of the world’s 50 most influential management thinkers, and also to Fast Company magazine’s list of the Most Creative People in Business. He has spoken to teachers, police chiefs, U.S. senators, interior designers, Navy admirals, health care leaders, marketers, ministers, and countless executive teams, across 26 countries on 6 continents. (He’s still waiting for that invitation from Antarctica.)

Dan has an MBA from Harvard Business School and a BA from the Plan II Honors Program at the University of Texas at Austin. One proud geeky moment for Dan was his victory in the New Yorker Cartoon Caption Contest, beating out 13,000 other entrants. He lives in Durham, NC.

Megan Behm is a Book Club Operations Manager at PBC Guru, a book club management company that believes in the power of lifelong learning communities centered around reading and thoughtful discussion.  PBC Guru partners with more than 250 higher education alumni associations and private high schools, businesses, library systems, and professional societies worldwide to create meaningful and vibrant online book clubs. PBC Guru's virtual book clubs allow over 130,000 members to connect from anywhere they are, at whatever time is convenient.  With PBC Guru, Megan develops the content for and moderates the discussions for over 50 book clubs reading titles from all genres. Before joining PBC Guru, Megan spent ten years working in the performing arts and literary industries in Washington, D.C., and New York City. She is a life-long bookworm and a proud graduate of the College of William & Mary.